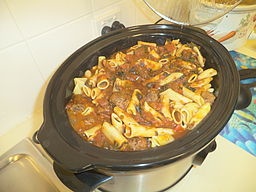 As a pastor of average-sized Southern Baptist churches, sometimes above and sometimes below, I always enjoyed the routine of fellowships, after worship finger food, Wednesday evening meals, VBS snacks, class socials and any other occasion where folks showed up and shared food.

I figure an average of twice a month for thirty years, probably more. Gazillions of calories (but I would have eaten anyway, right?), countless hours in casual conversation with church folks and their families and some guests.

This is retail pastoring, an informal setting where the pastor can get to know people, have casual conversations, and build relationships.

It is also pretty good eating.

In all these years I am aware of just once where a bad dish made a number of people sick. One homecoming recently the guest preacher and many others had a nasty intestinal sort of thing shortly after the meal.

"Oops, sorry about that brother. Glad you're better."

To this day, I don't think anyone knows what dish caused it. Maybe someone's deviled eggs. Maybe someone's potato salad. Perhaps someone's home-canned botulism ridden beans. I have no idea. We don't operate under health department rules or inspections.

It's a wonder this doesn't happen more often.

Baptist Press has an article on food safety and potluck suppers: Sickness at potluck highlights food safety.  A lady died from one such event in Ohio.

I don't argue with anything the article says about food safety. It's just that for  every potluck I've ever attended, we were at the mercy of Aunt Thelma, Miss Bertie Mae, and Billy Bob with his speshul bbq. We all understand. Shut up and eat.

While visiting in the home of a wonderful, faithful eighty-something church member, I asked how she made her biscuits so tasty. With a twinkle in her eye she pulled a big can of lard (look it up whippersnapper), opened it up and said, "Preacher, I just take my hand like this and scoop out enough 'til I think the dough looks right."

Sorry I asked. But they were mighty good.

One church made a big stew that took all day Saturday and from early morning to eatin' time on Sunday. Had a small screen structure just for the hash making. It was always very clean and the stew very good though with almost lethal cholesterol content. The hash didn't have a food label, so no one knows what was in it, how many calories, or what lipid levels or other stuff that would make nutritionists scream in terror. It was mighty good also.

You bet. Wash your hands often. I'm a true believer in hand sanitizer (especially on hospital visits). But the old covered dish supper is worth the risk. I'd advise my younger, goateed, shirttail flapping colleagues to just go and eat. And don't be asking for vegan cheese, tempeh, or chia. If you bring sushi, expect to be fired.

Posted by William Thornton at 8:04 PM