IMB sailing through an ocean of red ink 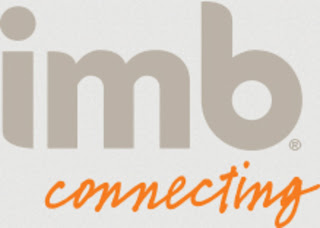 I knew things were tight at our International Mission Board. I didn't know that the extent of the financial shortfalls.

The Board puts out their plan to balance the budget here.

The Board has a helpful series of FAQs, here.

A bit of optimism is in order. We will soldier through this as a convention. Things are tight and things are tough but the one SBC entity that cannot fail is our venerable flagship IMB. We could lose a couple of seminaries and not miss a beat in theological education. NAMB has lurched through several crises the past decade or so but slogged on before straightening things out. State conventions have dealt with severe reductions in revenues the past seven years or so, have cut jobs and programs but have survived without churches noticing a lot of difference.

There is no entity that can do what IMB does. Churches cannot come close to matching the overall strategy and levels of support for overseas work. Independent organizations do not have the resources to do what the SBC does nor would they act in accord with what Southern Baptists believe is necessary and proper in reaching the world for Christ.

Our IMB has to succeed. The Cooperative Program will provide almost $100 million for the IMB and the Lottie Moon Christmas Offering for International Missions will fund at a level of around $150 million annually. These are not insignificant nor are they expected to disappear. The trajectories for these two major funding streams are slightly declining in regard to the CP and flat or possibly slightly increasing in regard to the LMCO. In my book a quarter billion dollars is a huge sum. Let's be thankful for that as we adjust for the future.

Absent a significant new source of revenue the IMB will have to adjust to a reality of fewer traditional, fully-funded, overseas personnel; hence, the plan to balance the budget and prepare for the future.

1. The previous IMB financial plan is a failure, a statement of the obvious. The press releases admitted as much. It was overly optimistic to expect to cover tens of millions in budget shortfalls by cannibalizing and selling assets overseas and by using reserves.

2. I recognize that the Board has been through the retirement of a long time leader, a short term caretaker leader, and the global recession and recovery. The severe shortfalls probably should have been addressed more seriously earlier but hindsight is a great thing. We need all our energy for the future.

3. The reduction from a high of 5,600 missionaries to the goal of a sustainable number of 4,200 is severe and depressing but reality isn't always pleasant. We do what we can and must. Thank God for the ability to put 4,200 in places where the Gospel is needed and where we can provide a permanent and secure presence.

4. The Board indicates an intent to appoint 300 new personnel annually and I trust the leadership to decide what this number should be. It would be foolhardy to close off new appointments completely and allow resignations and retirements to reduce the number to the proper level. Shut off new appointments for a several year period and the stream of new personnel would dry up.

5. The offer of incentives to motivate retirements is the proper route. Whether or not it will work is not known. I can see some unpleasantness down the road in this regard. Since 80% of the Board's expenses are for personnel, Sutton's Law applies. There's no other way to get to stability than to cut personnel.

6. The Board self-insures and provides benefits for retirees. One might see increasing burdens in this. It may be that with the changes in national health insurance policies and options that the Board will be pushed towards providing retirees an allowance to obtain their own health care.

7. It is not unreasonable to conclude that the Board could have and should have spent more time communicating with Southern Baptists on the depth and extent of the financial problems. I'm seeing longtime SBC insiders express surprise at the severity of the IMB financial crisis.

8. The Great Commission Resurgence had a marginally positive impact on IMB revenues. Those who now say the GCR movement of state conventions keeping less of a CP dollar and sending more is a failure just don't understand the math involved. Moving state conventions from 63% to 50% (if they ever get there and I don't think they will) is a good thing but would not come close to generating enough additional revenue for the IMB to cover their deficits.

David Platt has a tough job. The money part is easy: you take actions that must be taken to balance the budget, accumulate reasonable contingency reserves, and secure the future of the work. The hard job is in keeping IMB personnel away from debilitating anxiety and focused on their tasks and in keeping Southern Baptists informed.

I'd say to Platt, the IMB trustees, and all IMB people: It is imperative that you succeed. I want you to succeed in the tasks assigned. You have my prayers and support.

Posted by William Thornton at 9:44 AM

See my comment on SBC VOices re: The IMB and the New Paradigm, and let me know what you think.

William - do you have a list of the IMB trustees? Where can we find out who they are?

This just feels to me like Lifeway and Glorieta-no financial records shown publicly, no info about salaries and spending; Baptists are simply informed failure has occurred and denomination will sustain a huge loss.