Before we get sidetracked, let's celebrate Lottie Moon's big year 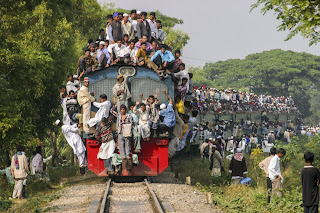 Here are the Lottie Moon totals for this century:

Lottie Moon's really big year was 2003 when the total received was a staggering $21.2 million greater than the previous year. That was a mammoth 18.4% increase. Lottie had a big year in 2006 just prior to the economic meltdown when $12.3 million more was given than the previous year, a healthy 8.9% increase. The record offering just announced falls short of both the dollar and percentage increases of those two previous stellar years but we thank God for the $165.8 million that Southern Baptists gave and for the fact that that is 8.3% greater than 2014.

The $12.8 million is big money but only about 4.6% of the IMB total 2016 budget. With reduced expenses through the voluntary personnel reductions and increased revenue through the greater LMCO and slightly greater revenue through Cooperative Program giving, the IMB is on a more stable footing and should be able to plan for the future with greater confidence and without an immediate fiscal crisis.

Oddly, some voices in SBC life are squawking about IMB having too much money, having cut too deeply. I say, let's be realistic. IMB has been in poor financial condition for the past number of years and is much healthier now. Now that they are not compelled to sell overseas real estate or spend down financial reserves just to pay current operating expenses, they can have more felxibility in planning for the future.

It is sadly ironic that it took a plan to drastically reduce IMB personnel to motivate SBC churches and individuals to give more. Nothing like a crisis to motivate some of us into doing what we should have done in the first place.

How about for now, we declare a party and celebration day for Southern Baptists who gave generously to reach the world for Christ and leave the griping for later? We deserve a time of undiluted thanksgiving for God's goodness and grace.

Posted by William Thornton at 9:05 AM

You said:"It is sadly ironic that it took a plan to drastically reduce IMB personnel to motivate SBC churches and individuals to give more. Nothing like a crisis to motivate some of us into doing what we should have done in the first place."

I'm not following the above quote. IMB overspent their budgets over a 5 year period and it is the person in the Pews fault for not giving enough?

I continue to believe what happened with the overspending is scandalous and that someone(s) should be held accountable.

I doubt very many SBC pastors have discussed the overspending and calling home of over 1000 missionaries because I tend to believe if the truth was ever told about the overspending SBC folk would be inclined to give less.